We are sad to announce the release of our Quake Champions roster, the reason being that the demand for the title has been insufficient.

While playing under the banner of the team,

COOLLERZ branded himself as a real professional and recorded numerous remarkable achievements, including the bronze medal at Quake World Championship 2017 and first-place and second-place finishes in the events of the MediaMarkt series.

We are grateful beyond words to Anton for his contribution to the development of the club. He is a legend in the esports world, and the past nine months have been clear evidence of that. 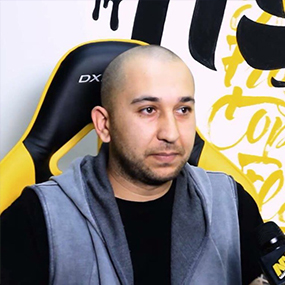 "Unluckily, the title failed to gain momentum and it looks like the current situation won't change. We made this decision because of a small number of events announced for this year, the game's low average concurrent player count (1,000), and the lack of effort on the developers' side. We don't have any issues with Anton himself, because those events which he did attend had him deliver very decent results. I think there's a good chance that we will see him in some other position in the future but now we have to bid farewell. I'd like to thank Anton for the time he spent in the organization and wish him luck in his future endeavors!"