The fist major of the season for NaVi.G2A!

The Major tournament DreamLeague Season 8 will take place between 1st and 3rd of December. Among the participants there is also

Natus Vincere G2A, selected for the main event through the qualifications.

Virtus.pro G2A. The journey of

NaVi at Jönköping begins exactly with the confrontation with another CIS team.

It should be noted that every participant of this tournament has the right to make a mistake, as the teams will play the double elimination. The prize pool for the DreamLeague season 8 will be $1,000,000, and 1500 qualifying points will be divided between the four best teams.

NAVI! We believe the guys will show the best performance at their first Major! #gonavi 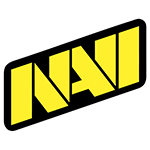