BLAST Pro Series Madrid 2019 will be held May 10-11. The venue will be the Madrid Arena multifunctional complex with a capacity of 12,000 spectators. The prize fund of the championship will be $ 250,000.

The BLAST Pro Series championships are known for their unusual formats. The group stage will use Round Robin: each team will play one match against other teams. At the end of the group stage, the two best teams will make it into the grand finals, which is going to be a Bo3.

In addition, a special show match will be held at the BLAST Pro Series Madrid with an additional $ 20,000 prize. The team finishing third in the group will get to participate in it and have to choose the opponent among the three teams left. The format of this game will include five 1 vs 1 duels on aim maps with different weapons: M4, Deagle, AK-47, CZ-75 and AWP. Each duel will last up to seven wins.

— All matches will be Round Robin, best of 1;
— Two best teams go to the grand final;

a show match with five 1vs1 duels;
- a prize fund of $ 20,000;
- the team that takes third place in the group will choose an opponent from the three remaining teams; 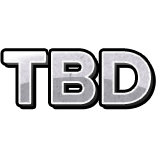