After the tenth season of the ESL Pro League, NAVI.GG.BET will go to their final LAN tournament of the year - EPICENTER 2019. The competition will take place from 17th to 22nd of December, and 8 teams will play for a total amount of $ 500,000.

The tournament will be held in two phases: a group stage and the playoffs. The first stage will be in the GSL system, and 6 teams - 3 per group, will advance further. In this case, the winners of their groups will immediately go to the semifinals and 2nd and 3rd places - to the quarter-finals. All the games will be bo3.

The playoffs will use a classic single-elimination bracket, with bo3. We are sure that our guys will make every effort to please the fans with a great game and win their first victory in the new roster! #navination 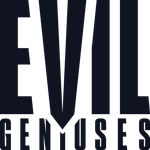