The Dota Pro Circuit spring season is over. Our Dota 2 team finished 6th in the top division and failed to qualify for WePlay AniMajor.

Unsatisfying results and defeats in the key matches of the season significantly undermined the atmosphere in the team. Therefore, changes were needed to get back on track.

With little time left before qualifiers for The International 10, we have our last chance to make a roster change. While searching for ways out of the crisis, we found out that

AS Monaco Gambit. He doesn't feel that the team can score high enough to get sufficient DPC points for a direct TI 10 invite. In his turn,

Vladimir “No[o]ne” Minenko, who was in a team without a distinctive leader, started considering various paths in his career.

It's no secret that

NAVI earlier. But ultimately, the team decided to continue working with Iceberg and qualify for the Major tournament. Unfortunately, it wasn't possible to completely cope with internal problems. Therefore, the question of further plans arose again.

SoNNeikO are crossing paths for the fourth time. We share a common important goal - to qualify for The International 10. After the end of qualification, we will have a look into possible further collaboration with Akbar, likely depending on the results achieved.

We look out for all the

Natus Vincere fans out there to support the Dota 2 team during this challenging period. We will do our best to fulfil our promises. #navination 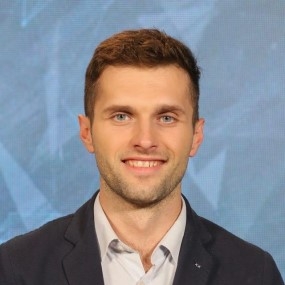 “In Dota, the working atmosphere within the team plays an important role. Despite the replacement just before the start of this season and numerous attempts to keep the squad together, we were unable to show consistently good results. Discussions with the guys led to the conclusion that the squad in its current form won't continue playing together and, therefore, changes are inevitable.

We would like to thank Bogdan and Andrey for their dedication, hard work and positive emotions.

No[o]ne is a great player with a good team spirit, and SoNNeikO is one of the most talented leaders in the CIS. The boys had a chance to play in the Wildcard stage at the Major tournament, but they decided to focus on training with the top teams in the world, as long as there is an opportunity to play with them on European servers. They are striving for their goal, and that's impressive.”

“I am very happy to join NAVI. It's not just the routine words for me. Together with the rest of the squad and with the support of a strong organization, we want to achieve the highest results.

It was only logic that dictated my decision. I count on the support of #navination and everyone who is interested in CIS Dota!”