Fadeaway. A few days ago the boys were able to overcome the closed qualification of the RLCS 2020-21 Fall with a prize pool of $ 100 000. The deciding matches will take place online on October 22-24.

Maik “Tigreee” Hoffmann has been in the pro scene since 2018. In that time, he has managed to play for the organizations such as

AS Monaco Esports. Together with them,

Tigreee has made three appearances in the top-10 at the RLCS tournaments, and won the Rocket League Rival Series, Gfinity United Kingdom Elite Series, and various other championships. His total winnings amounted to nearly $ 54 000.

Dead-Monster became the champion of the sixth season.

The coach of the

NAVI Rocket League roster will be

AS Monaco Esports. His excellent understanding of the Rocket League mechanics, knowledge in the pro scene, and years of experience as a coach will help the Born to Win prepare for the upcoming championships.

Subscribe to the NAVI Rocket League and join us on October 22nd to support our new players!

“I'm proud to become the first-ever Italian player to join NAVI, I can't wait to work with the team and show everyone what we are capable of.”

“I've always liked NAVI's CSGO team and NAVI in general, and this opportunity to represent such an important club is an honor. I'll try my best and I'm sure we'll achieve great things together.”

“Joining such a legendary brand as NAVI and introducing them into Rocket League is something I always dreamed of. Feeling super thankful to have this opportunity and I will give everything in my power to make this count!” 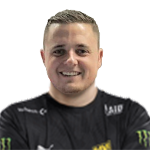 “Since our first meeting with NAVI some weeks ago, I already knew that this would be the perfect match. They had so much faith in us as a team. Now it's up to us to bring NAVI as best as possible into Rocket League Esports! Let's get this! #navination.”